“What have we seen and heard? A series of visual and sonic bagatelles, like charms on a psychoanalytic bracelet. We give ourselves up to this exploration, to this arena where the personal meets the political meets the impulse to claim musical theater as folklore.” – The Village Voice 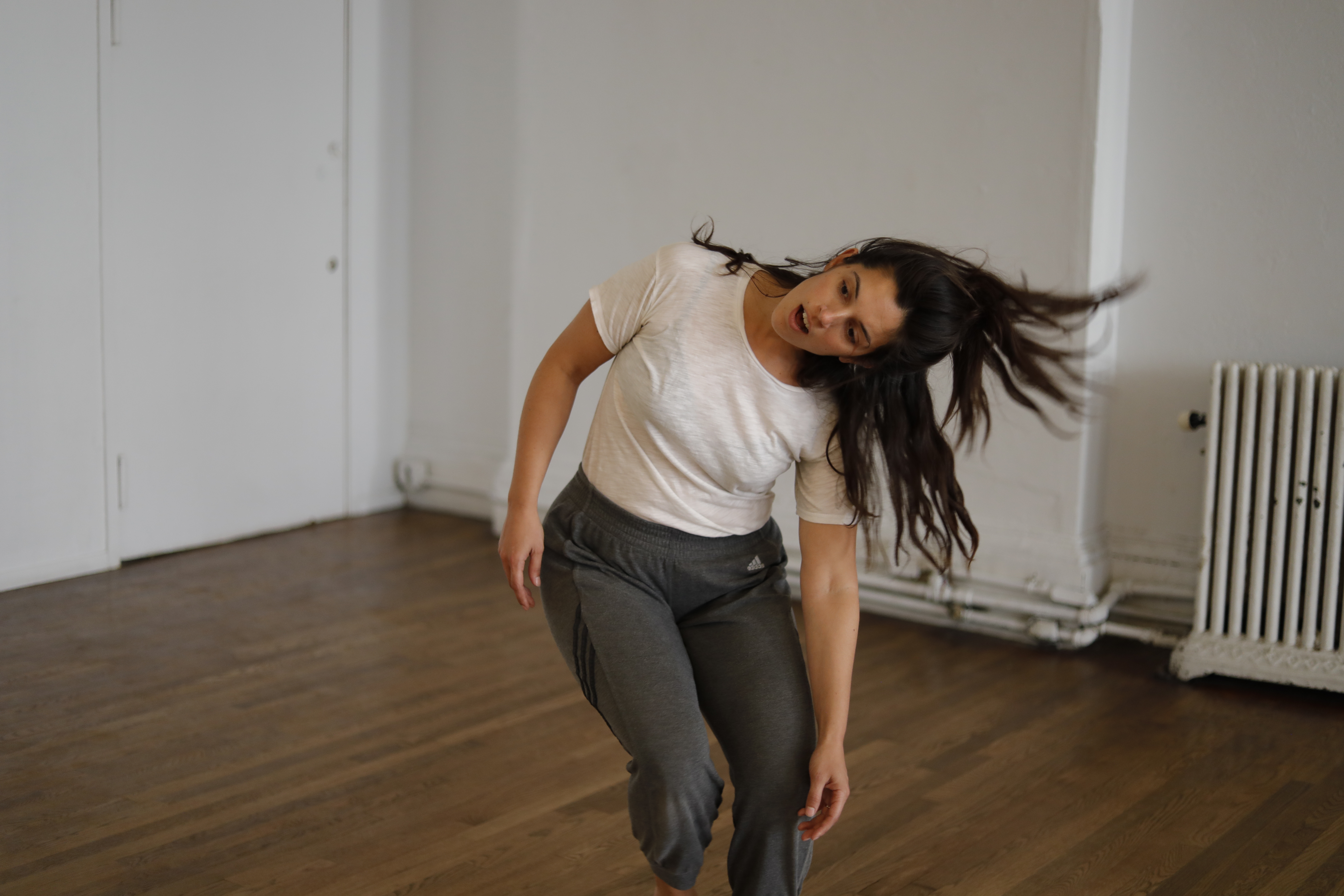 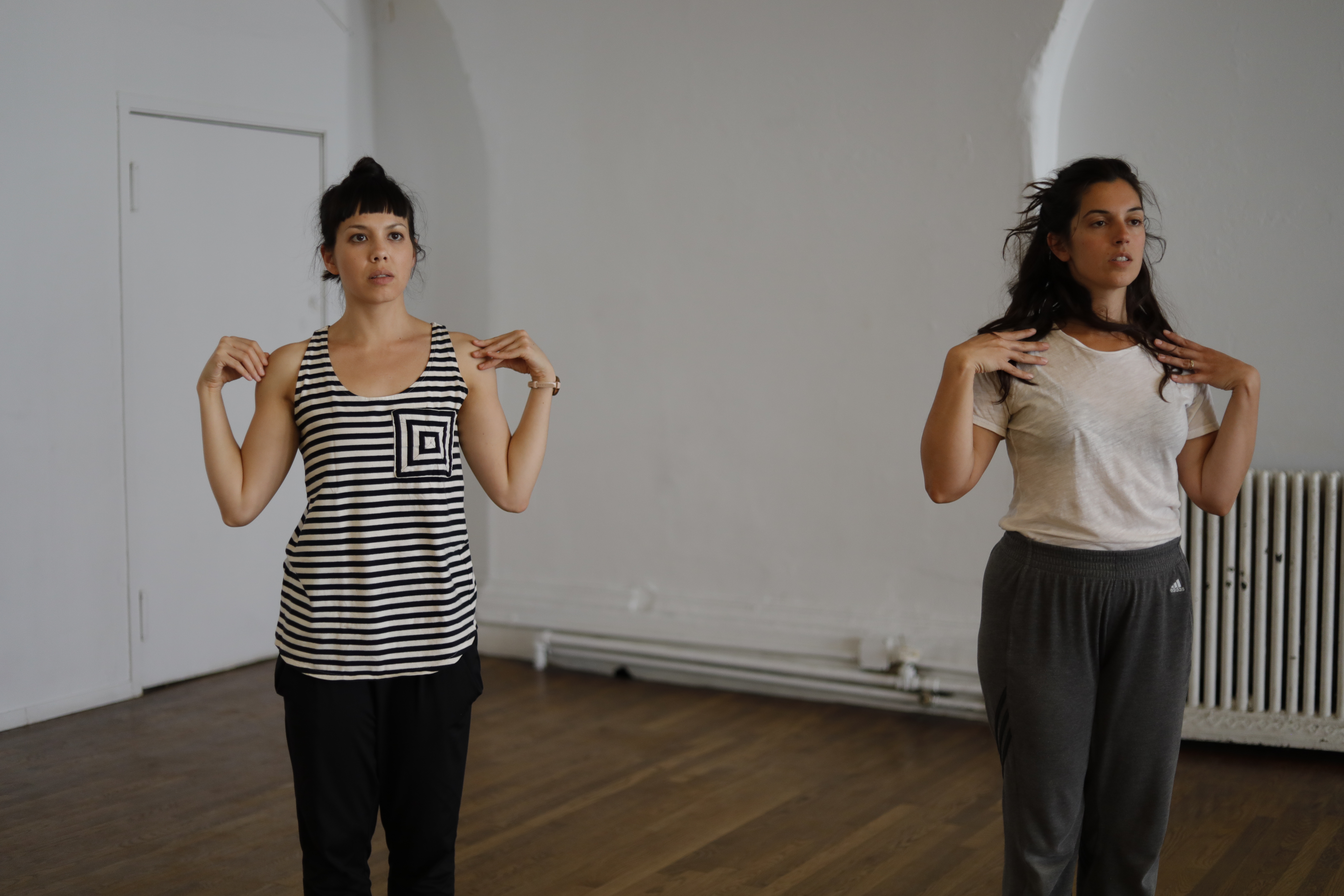 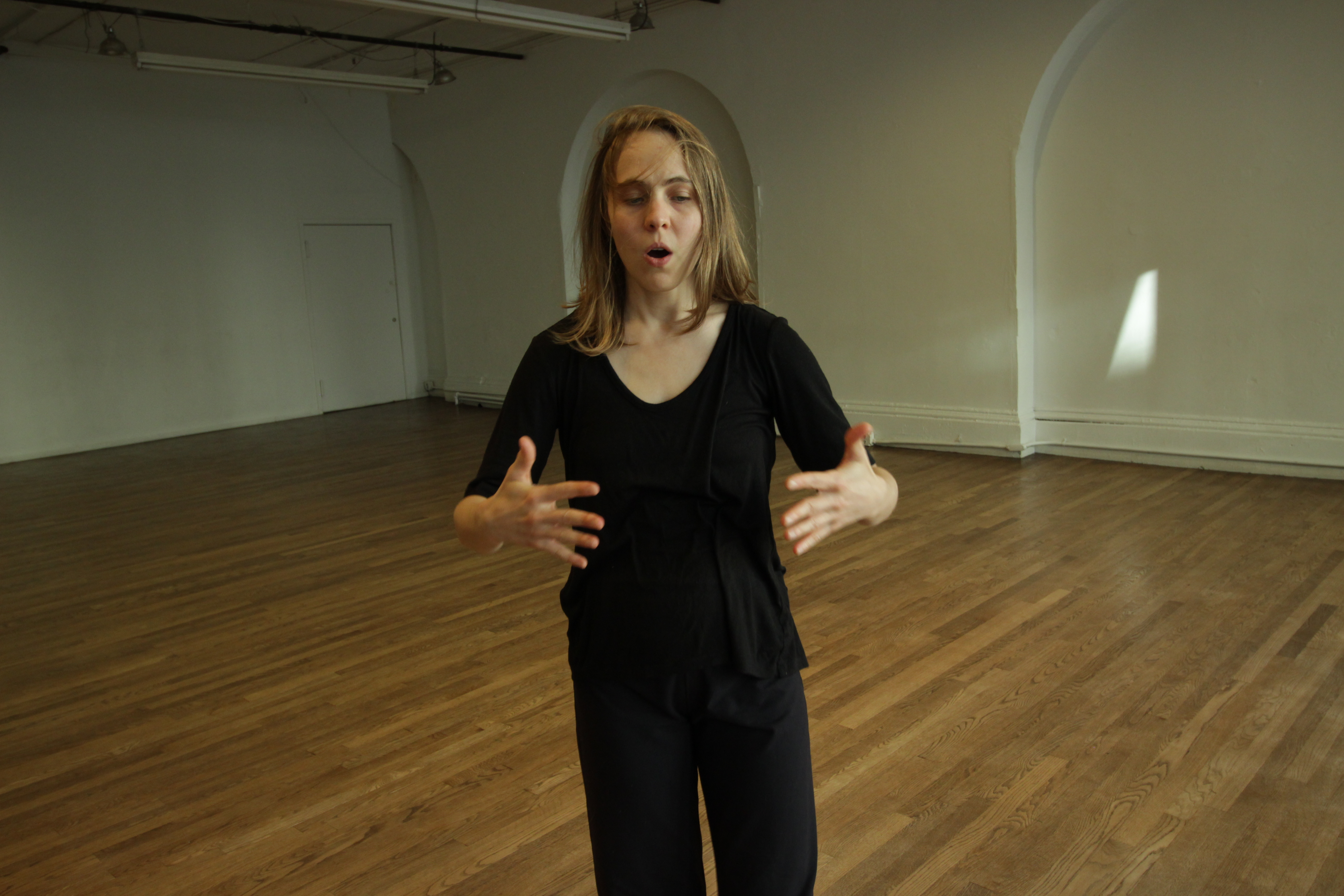 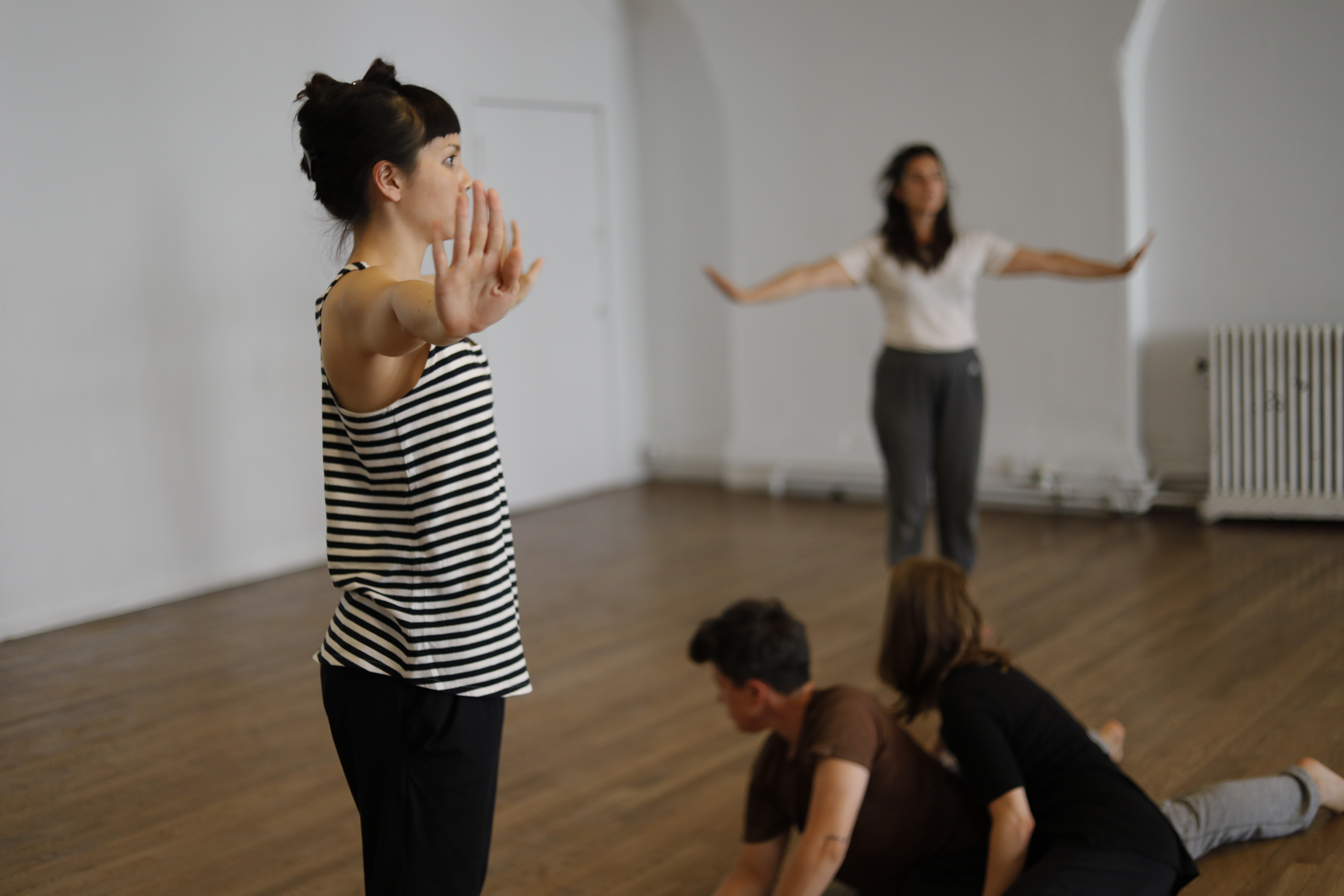 Untitled Work for Voice is a backstage musical; a show about a show whose production is never seen in completion. Five performers breathe sound and form into space, causing histories and narratives to appear and rupture. Singing bodies give way to vibration, unravelling the tightly choreographed music of American desire.

I will define my “we,” as the inheritors of white America, with our interwoven histories of coercion, direct compliance, and passive complicity:

Are we capable of embodying a narrative, which acknowledges genocide, enslavement, dominance and appropriation as a basis for everything we know?  What would this feel and sound like?  How can we implicate our cultural patterns of yearning, catharsis, and individualism in order to forge an illicit future?  This multifaceted “theater of the singing body” is in search of a new expressive landscape.

It is two weeks from the premiere of Untitled Work for Voice. I have just returned from seeing Hadar Ahuvia’s Everything You Have is Yours at the 14th St Y. Hadar’s smart and tireless work explores the role that cultural appropriation of Arab dances played in the creation of Israeli folk dance, national identity, and how its practice literally and metaphorically obscures the Palestinians’ right to their land. What would compel a people to participate in such a cultural theft? Where is the vacuum coming from?

These are themes, as far as I am concerned, that translate to the American stage. I have framed my own artistic lineage in relationship to musical theater—claiming this, too, as viable folklore. Song and dance are not vehicles for expression: they are themselves embodied expression. When we perform, we are shaping our own skin and histories; real and imagined, narrative and sensorial.

As assimilated American Jews, Broadway theater was an important cultural space for my family, and a place where Jewishness undeniably thrived. In thriving, we also participated fully in building a white, cultural narrative, complicit with appropriation and the reification of American exceptionalism. Musicals invite our cultural longing to be absolved, through an amalgam of texture, feeling, swell, and yearning. As proven by the disturbing nostalgia in La La Land, musicals move us again and again.

How can we deconstruct our own yearning? How can the voice participate in that deconstruction and begin to speak from a new place? I arrived at a vocal practice through disconnect with my own body—what Jewish-American somaticist Emilie Conrad (1934-2014) described as “skin so tight” she could hardly breathe. As I perform an embodied excavation of my voice, I feel myself begin to resonate from a deeper place.

Searches for authenticity often lead us in circles. As an Ashkenazi Jew whose family lineage does not directly involve Israel/Palestine, baring witness to Hadar’s work forces me to reconcile my own self-determinism with circumstance. In a similar fashion, being a part of Emily Johnson/CATALYST’s past two productions in NYC (SHORE in Lenapehoking in 2015 and Then A Cunning Voice and A Night We Spend Gazing at Stars in 2017) has shifted the way I situate my story within the frame of settler colonialism. To enter the sphere of Emily’s unfurling, multivalent work is to feel land shift under my feet. She not only re-centers Indigenous perspective, she demands its definition be un-bound in time, scope, aesthetic, or frame. And so, to hold my assimilation story alongside the story of white supremacy, of which I am complicit, I make room for multiple entry points.

With this in mind, I invited Emily, Marisa, Pareena and Jules join me, and to build a future body practice of their own. Activating our bones, muscle and fascia through vibration, we articulate our own skin. How can the music of our bodies exist in a collective space that still respects our independence? Like any musical, there is a narrative arc that is held together by a series of songs. We have conceived our narrative to address the emotional triggers that erupt when white cultural narratives are interrogated. We meet you here today, to excavate and unearth, but never to arrive.