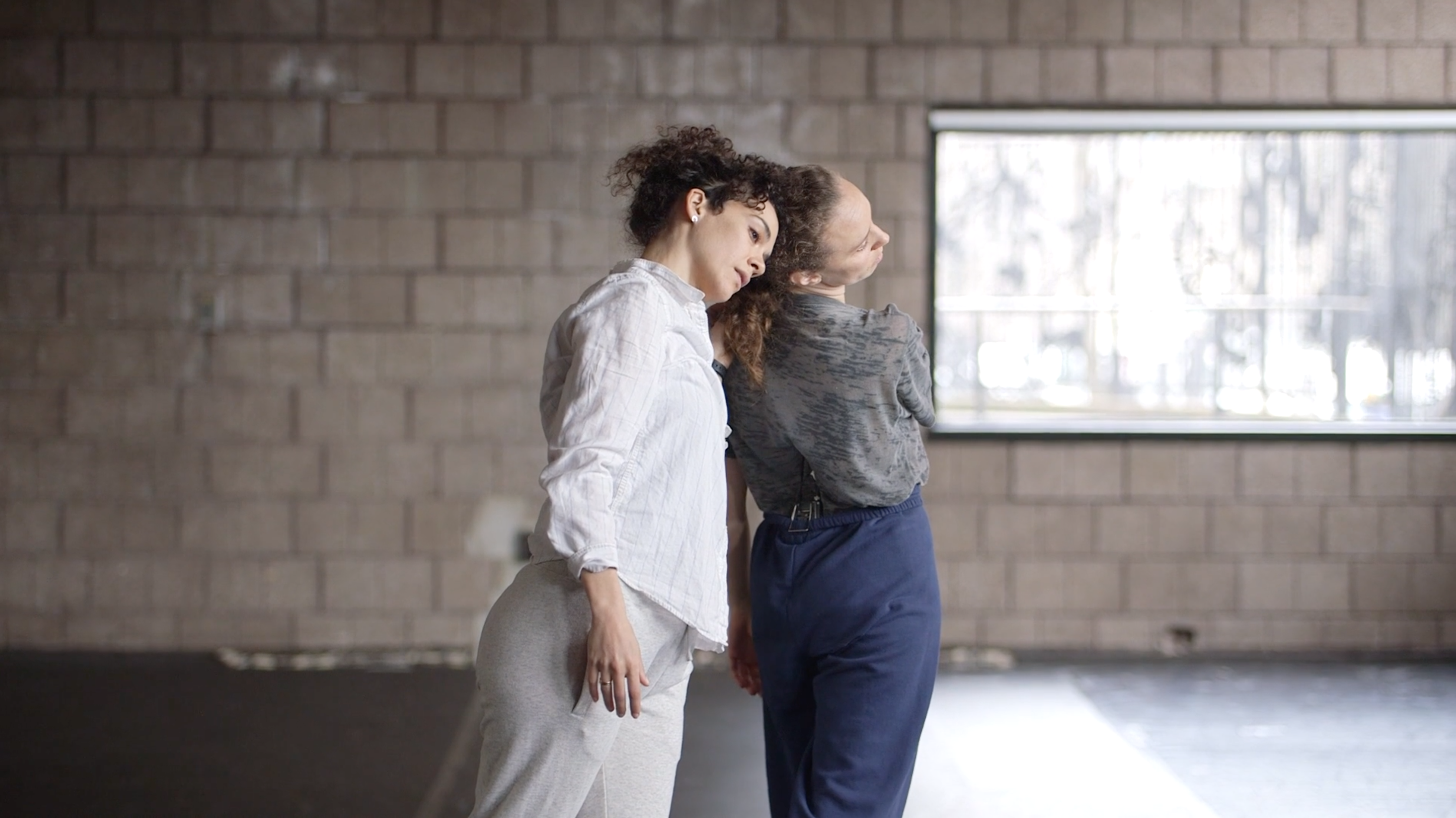 EVERYTHING YOU HAVE IS YOURS is inspired by the story and award-winning work of choreographer Hadar Ahuvia. Hadar is the granddaughter of Zionist ‘kibbutzniks,’ collectivist pioneers who paved the way for Israel’s statehood. Through the prism of Israeli folk dance, Hadar cracks open the founding mythologies of Zionism to reckon with the erasure, displacement, and racism folded into Israel’s history. Featuring artistic voices from the surrounding New York City dance community, the film is a fearless portrait of a generation’s disillusionment with Zionism at a time when fraught stories within US history are also being unearthed. While antisemitism is on the rise, the plight of Palestinians— long taboo within mainstream media— is increasingly hard to overlook. Through embodiment and personal testimony, American-Jewish, Israeli-Jewish and Palestinian dancers bring these complex cultural lineages to life.

Directed by Tatyana Tenenbaum and Produced by Brighid Greene

My film work draws on my identities as dancer, choreographer and vocalist.  Through the camera I am drawn to the inextricable relationship of our lineages to our bodies and voices. I am the resident videographer for Baryshnikov Arts Center where I have created intimate artist portraits since 2014. Other clients include Time Square Arts, Composers Now, The Cunningham Trust, Art Matters Foundation, Franklin Street Works, and countless independent artists in New York City. Everything You Have is Yours is my debut feature film-in-development. The portfolio samples are some of the artists I am honored to witness:

zavé martohardjono ay.eye.ay (2021)
believe what they say that they intend to destroy us and fall back into your mind’s eye

From zavé: “This film reflects how dance in 2020 for me became a solitary ritual, so private I finally felt comfortable dancing in the open air for no one. My dances for no one happened spontaneously, impulsively on my roof or in the park by the river during night walks. They enabled communication with my ancestors and moved me through grief, confusion, and rage about the times we are surviving. The improvised dance and poem in this film, captured on camera by Tatyana, blends with footage I took of my altar and videos from my phone of wide skies I’ve watched from parks and beaches in Munsee Lenape/Canarsie land aka Brooklyn and snowy creeks I’ve walked along in Munsee Lenape land hours north of the city during the pandemic. Landscapes that facilitated reflection and reckoning.”

Documentation of Jeffrey Gibson’s multiscreen work in Times Square, as well as interviews with Gibson and his collaborators for a live event.

A walk in the Garden: Tonia Ko and Yasuno Miyauchi (2016)

Composers Now Creative Residents Tonia Ko and Yasuno Miyauchi discuss their collaborative work at the Pocantico Center of the Rockefeller Brothers Fund in the fall of 2016.

Documentation of live performance by Carey Denniston and Ander Mikalson. Performed by Nicole Ohr and Ryan Rockmore on August 14, 2015 at Moiety in Brooklyn, NY.

More work available on the Baryshnikov Arts Center Vimeo: https://vimeo.com/bacnyc where I am the resident videographer